The NFL’s Play For Women 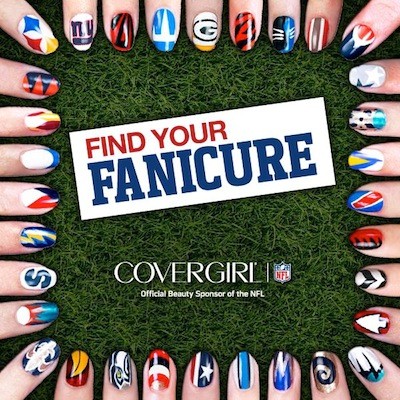 I’m not a huge fan of (American) football, but it’s been hard to ignore how aggressively the NFL and its partners have been courting women and girls. Many of the ads are smart and refreshing – it’s a pleasant change from this sort of sentiment.

This NFL store ad for women’s apparel featuring a John Harbaugh speech is a great example: it portrays a fairly diverse set of women who have full agency and appear to love the sport for their own reasons. And while they all look great, none are overly objectified. Verizon FiOS’ “Football Girl” campaign strikes the right note as well – I genuinely enjoyed watching the story progress and come to its pre-Super Bowl conclusion. Had they cast a girl of color, it would have been next-level awesome.

Though less directly a football ad, this David Beckham for H&M Super Bowl campaign is more problematic. I love Becks just as much as the next lady, but come on, this #covered versus #uncovered concept is creepy. Can you imagine the backlash if the featured celebrity were female? But of course, males are almost never socially conditioned to view sexual interest as threatening. This is a far more cynical ploy for women’s attention, and I can’t say I’m a fan.

Still, the overall trends seem positive, and I’m reasonably confident that more NFL advertising is really taking note of 1) the substantial female NFL fandom and 2) how to speak to audiences in a non-alienating manner.

And for those who still refuse to adapt, there’s always the #notbuyingit campaign!

This entry was posted in current events, pop culture, the feminist lens. Bookmark the permalink.